What have we done?

With years of award-winning productions under our belts It’s difficult to choose which videos are our favorites.  Below are just a few of our top trophy winning honors.

At IG1, we understand the absolute best way to earn the public’s trust is with testimonial videos. This amazing company figured out how to assist small business owners to capitalize upon the benefits of outsourcing critical accounting necessities.  In 2020, one of these testimonial driven shows garnered a Gold Telly Award, which is the highest achievement for a corporate video.  We produced an extended series of these testimonial videos for SmartBean and the response was nothing less than incredible.

company that specializes in crafting disruptive solutions and strategies that help businesses all over the globe to improve their business practices and platforms to help take them over the top.  While IG1 has gratefully produced many videos for UST, it was during the height of the pandemic that UST asked us to produce a fresh approach video that revealed their new logo and brand restructuring.  This award-winning presentation premiered at a high-end virtual event and received high marks as well as a Gold Telly Award.

This company, which retails hydraulic parts throughout Southern California, needed a complete and comprehensive video to showcase their products and services.  We capitalized on their motto, “We do what we say we are going to do” and created a “Know-Like-Trust” video that emphasized real customer testimonials to prove how good they are.  Clients were more than happy with the final output of this video as were all of us at IG1 since it won a Gold Communicator Award in 2019.

As mentioned above, IG1 has worked closely with UST for many years.  This particular recruiting video, however, has extra special meaning to us as it required our expert production crews to travel to multiple countries in multiple continents to shoot and obtain interviews with key staff and management.  The ultimate goal of the video we were asked to produce was to get people to say to themselves… “I want to work there!”  Mission accomplished!  Our reward for these truly global efforts, is a happy client and a Gold Communicator Award.

In 2019, we produced over 20 videos for UST that were shown at their world-wide developer’s conference in Trivandrum, India.  The kickoff video set the tone for the entire event, which was later referred to as “The premier developers conference in all of India”.  IG1 was chosen as their video partners for many of UST’s global missions over the years.  But this one was extra special for us and our clients as we were ecstatic to receive a 2019 Communicator Award. 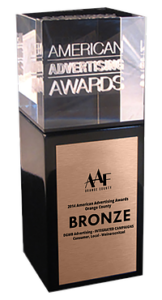 At IG1, we love working with a wide variety of varying industries, companies and businesses.  And we thrive on solving creative problems with video solutions.  That was the case with MaxAdaptor, which developed a very unique and transformative industry-disrupter.  It was our job at IG1 to create the ideal online commercial and that’s exactly what we did.  Our work ethic and turn-key operation efforts were recognized by the American Advertising Federation with a prestigious ADDY Award.

Over the years as our client base expanded, so did our capabilities to produce videos specifically targeting companies outside the U.S..  This particular project focused on creating a powerful on-line commercial that focused on developing two different spot versions that played throughout the Middle East.  In 2018, these videos delivered an ADDY Award that we now proudly display in our Irvine, California’s offices. 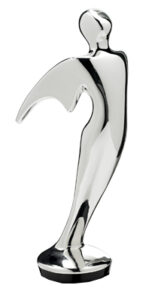 UST Global, a technology solutions company serving Fortune 500 clients, was looking at moving their corporate headquarters into a much larger building. We were contacted with an idea to produce a time-lapse video of the entire process. In the end we agreed to make a more timeless video, answering the pertinent questions: Why? How? And What to expect for the future of the company.  This dynamic video entitled “The Move” was recipient of a Telly Silver Award, the highest honor in the Corporate Brand Image category. Other winners of this award were Coca-Cola, Walmart, and Hewlett-Packard. This video marked the beginning of a beautiful friendship.

One of our very first award-winning videos, EARTH FEST, requested a powerful and compelling video to bring to light the dire concerns and needs to combat climate change and global warming.  Our crews shot with actor, producer and director Ed Begley Jr. (Well-known for Film & TV shows since 1967, such as Arrested Development, Modern Family, Curb your enthusiasm, Better call Saul and Young Sheldon just to name a few more recent credits). Our professional crew were fortunate enough to be allowed to shoot at his home as he presented the key messaging of how everyone can do their part in saving the environment.  As if working with a legendary actor isn’t enough of a reward, IG1 also received a valued Telly Award for this production.